Daybreak finds the city muted in a blanket of fog. Only the periodic roar of a departing jet betrays the proximity of urbania and in betwixt I could easily forget I am in one of the planet’s most heavily populated centers.

Today heralds the only question mark portion of my journey, transitioning to Valle. Using a guide provided by a local on paraglidingforum.com, I was able piece together a guesstimate of the steps while updating to reflect recent improvements (Uber in place of taxi/subway for example).

Regardless, I am under no illusion that this couldn’t sideways quickly, especially if I ‘dead-end’ due to language barrier or incorrect information. My mediocre Spanish (at best) and lack of contacts in the city means I needed to be more meticulous in planning than typical.

Cell phone sim, maps, bus itineraries all sorted out before leaving Vancouver while any digital information was in print form and anything relying on a connection had an offline backup.

Check out at 10, be at the Poniete bus station at 11, locate the Zina bus counter and grab a return ticket for the noon Excellencia Plus. Easy-peasy.

The Uber showed up within 2 minutes of hailing, a well worn Nissan Versa.
For the quoted price (120 pesos for an estimated 30 minute ride), I am not one to complain though I am keen to see how Uber Black compares.

The only confusion was at the ticket counter as it appears not many people try to buy an out and return. Having built the itinerary on the Zina bus website (Canadian credit cards are not accepted for online purchases), screen cap’d and printed proved a life saver as it made it clear what I needed to the sales rep. Showing up an hour early also helped immensely as the ticket counter crowd grew rapidly as noon approached. 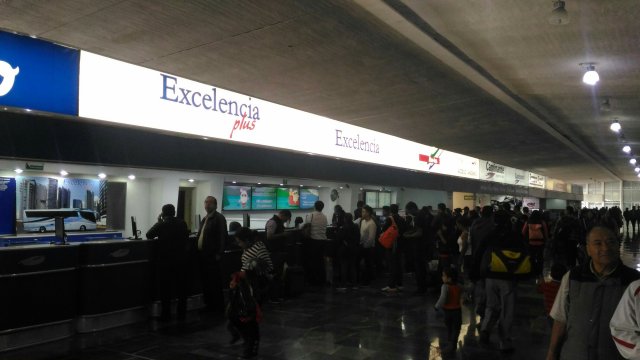 Ticket in hand, now just a matter of waiting.

Sitting in the waiting area the first thing I notice is the lack of eye contact.

This is quite the polar opposite to Brazil where social engagement of strangers is considered the norm, the Mexicans appear to purposely avoid acknowledging one another. Maybe a coping mechanism due to crowding, perhaps a way to avoid unnecessary confrontation. Curious nonetheless. 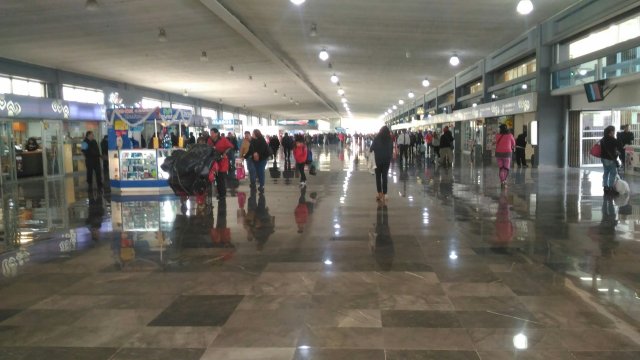 The other thing that stands out is the relationship of age/affluence vs height. I tower over all but the best dressed and those in their early twenties. I ponder how much of this is due to genetics vs. childhood nutrition. Curious. 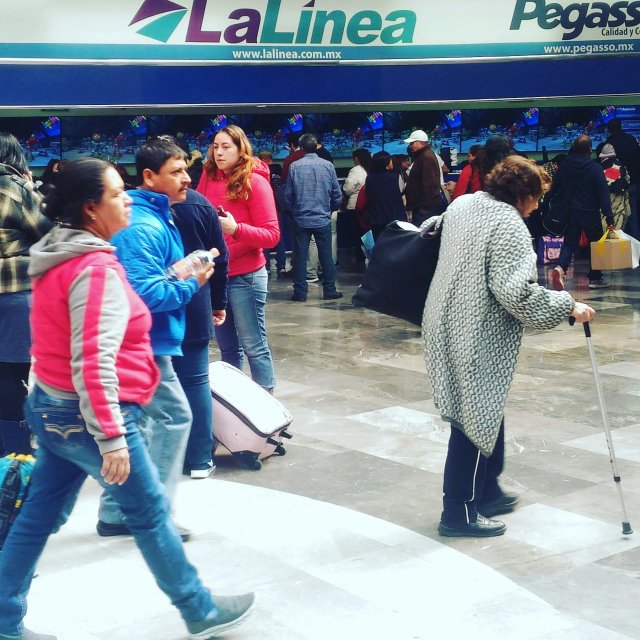 The musings of an outsider, a stranger is this strange land.