Last day of week one with Escape XC and, finally, a day with proper Annecy Cross Country (XC) weather. Slightly cloudy over the peaks, cloudbase above 1500 meters, meteo winds more or less from the west and the valley wind setting up nicely from the north.

Our group arrives on Planfait launch in early afternoon and goes about kitting up. All of the launches are without drama and everyone sets about working through ‘solving’ the equation to get up and get away.

Once launched, one must try to quickly getaway from the short 400 meter launch ridge and bench back to the rock/craig at the base of the ‘gums’ (the ‘gums’ are the forested slope leading up to Les Dents De Lanfon – The Teeth of Lanfon – who Lanfon is, I am not sure, but the peak certainly resembles teeth in need of some serious dental work.). To cross to the craig, climb to at least 100 meters over launch (1050 meters total), which can typically achieved by working the north west corner of the ridge for valley wind ridge lift. Then cross to the base of the ‘gums’, all while being sure to stay above the craig at all times (otherwise, about face and return to the launch ridge and work back up for another attempt).

Once on the gums, a simple zig zag pattern is all that is needed, hugging in tight to the trees to work ridge lift until a thermal rolls up from the valley below. Hitch a ride and cloudbase is all but certain.

Once inline with the teeth (1500+ meters), it is possible to glide to the Roc de Boeuf on the opposite side of the lake, though more altitude is better. Aim for the north west face, taking into account the increasing valley wind strength during the descent on glide. Arrive at the ‘Beef Rock’ before 900 meters. Once at the north west face, work ridge lift in a zig zag, up and back along the ridge. Getting above 1400 meters enables one to make a run for the Doussard LZ without fear of being smacked about in leeside rotor. Getting higher still allows one to glide back across the lake towards Forclaz launch, and continue on with the Petit Tour du Lac.

From this, you can gather how far I have gotten on my two attempts thus far- both times stuck on the

Cow, waiting for the sun to progress more to the west and activate the thermic cycles along the ridge. The first flight was an hour and thirty minutes, trapped in a competition sized (30+ wings) gaggle that was praying for a higher cloudbase and less over development after crossing the lake. The second was two hours and thirty minutes and ended in the same place, but with a smaller group of fellow spastic puppets.

The high points of the flights were coming across a vulture thermaling while approaching the lake, crossing paths with it less than a dozen meters away, and then following it on glide. The second was wandering off on two occasions away from the gaggle to try my hand thermal sniffing, catching a fast climb and zooming past everyone else on the ridge.

Rinse and repeat tomorrow, with a plan to leave the Cow as hamburger. 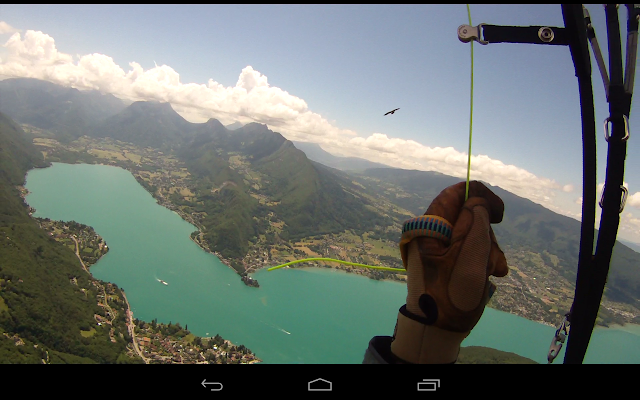 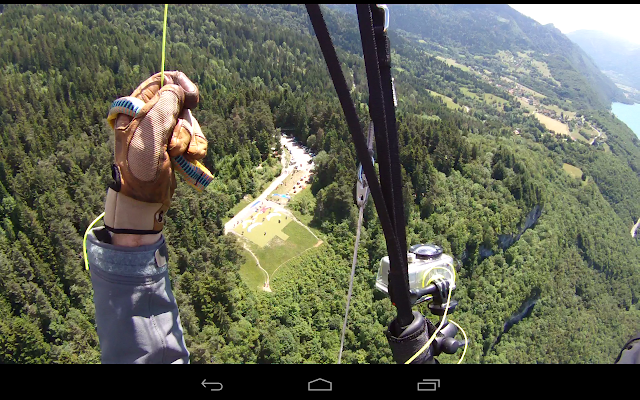 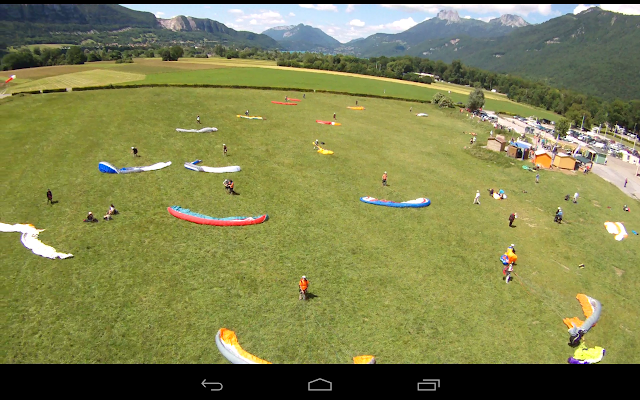