Two weeks of SIV with Jocky Sanderson come to a close as my fellow participants journey forth – some heading home,  some sticking around to freefly, others leaving for the Chabre Open taking place a few hours to the southwest.

Myself? Hurtling along a windy mountain pass road between Mayrhofen, Austria and Bassano Del Grappa, Italy. At the wheel is our instructor/guide, Kelly Farina of Austrian Arena, a rather animated British-Italian with an immense span of knowledge on all things paragliding, the Alps, and Wing Chun kung fu related.

Weather and a developing situation between the paragliding community, the mountain, and a local hunter has caused the two weeks of coaching planned to take place in the Zillertal valley to be relocated to the southern side of the Alps. Not that I am one to complain, the 13C high near noon in Munich yesterday is now replaced by 21C @ 9AM passing through Trento. Alhough I will miss the Weiss bier that the local Zillertal brewery has finely crafted (having consumed a trio of pints with two rather entertaining and quick witted Brit gents, Matt and Paul, yestereve), I think the weather and flying will more than make up for it.

Aside from Paul and Matt, I am joined by three of the Swedes (Markus, Magnus, and Olle) from my second week of SIV and two fellow Canuck pilots from Vancouver Island, Maurice and Bev. Ironically enough, it was Bev’s e-book on her experiences with Kelly last year that encouraged me to dig further into Kelly’s course offerings. The fact that Bev has returned for another round bodes well for the weeks ahead.

The perfectly clear blue sky here is welcome change and there is hope that we will be airborne later today. 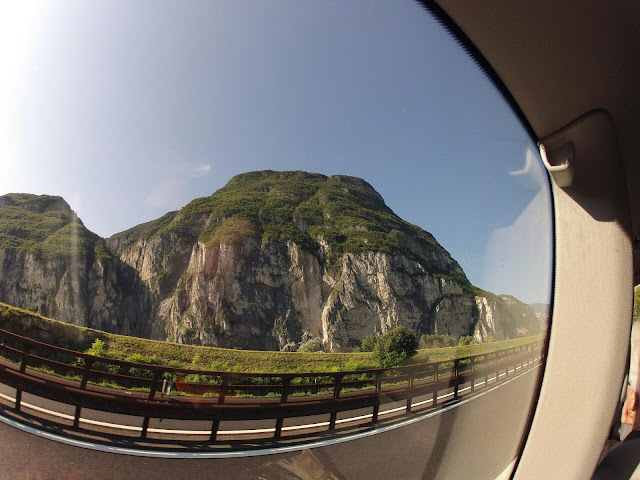